The Lancashire Mead Company is husband and wife team Gordon Baron and Ann Farrell. In 2009, Gordon, fed up of not being able to buy pure mead (not honeyed wines), began brewing mead in his mum’s garage. 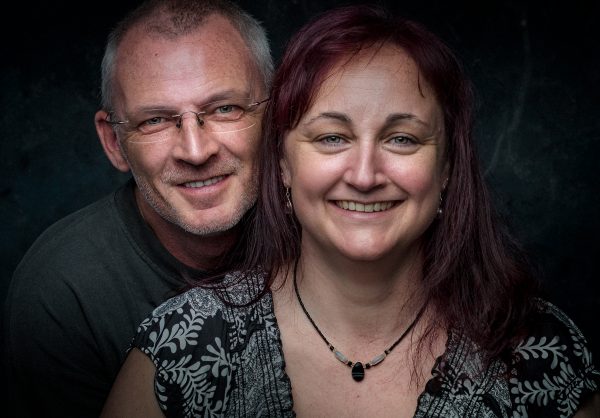 As a Druid, it was hugely important to Gordon to make a mead that was a pure as it could be. He wanted to use it for ritual purposes and many fellow Druids are vegetarian or vegan. Many also have health restricted diets. During this time, he perfected his recipes and experimented with a variety of different honeys – with varying levels of success!In 2012, Gordon met Ann through the local Pagan moot.

At the time, Gordon was a truck driver, working 70+ hours a week and away from home for four or five nights a week. Ann, a teacher, persuaded him to give up his job to follow his dream. Gordon stopped trucking on Good Friday 2013 to concentrate on setting up the company.

In September 2013, Ann was made redundant from her teaching job. So, together, they worked on securing suitable premises and the necessary production licences. In November 2013, the company was born and continues to go from strength to strength!